Last night I attended a film showing of a recent Old Dog Documentaries film called ‘The Wisdom to Survive’. The showing was organised by a local group called DANCE (Dharma Action Network for Climate Engagement) who arrange awareness-raising events about environmental issues and how we deal with them both personally and as a community.

The film is a 50 minute documentary with the tag line ‘Climate change, capitalism and community’ which explores the current situation, and the thoughts of various people whose work relates to it. Amongst those featured are Joanna Macy, Roger Payne, Richard Heinberg, and Ben Falk who between them offer the usual sobering truths and calls to action. What interested me most about the film and makes it different from others on the subject, was how it looked at the different ways that individual people respond to and cope with the situation. Throughout the film speakers offer their personal views on what needs to be done, and we see and hear from several community groups and movements who are taking action in their different ways – from guerrilla food growing on urban wasteland, to seed-saving in the developing world. Fostering community and connecting over a common cause can be the most powerful way of affecting social change, but when we are facing such daunting odds how do we deal with it as individuals?

It was facinating to hear that Richard Heinburg, author of Peak Everything and The Party’s Over plays the violin to help “keep my sanity” while writing terrifying books about the real state of planet earth. Listening to other contributors it seems that art can play a very strong role in enabling people to feel connected to the planet and themselves. Joanna Macy , author of Active Hope leads the deep ecology movement ‘The Work That Reconnects‘ which in the last 30 years has helped individuals to realise their shared connectedness with the life-force that permeates everything. If more of us can realise this connection, surely it will help motivate humankind to cease the current wonton destruction of our planet and ourselves. But reconnecting is not solely about averting disaster, when we begin that journey of discovery we realise that connectedness is what makes us feel alive, happy and well. Therefore questions of whether we’ll ‘make it’ as a species or as a planet become obtuse – why do we want to survive? This film, like many others in the genre shows a stunning stream of images of mother nature at her most breath-taking, colourful and awe-inspiring. The film begins with footage of a mother sperm whale and her calf gliding through the aquamarine landscape of the ocean like they are living in a slow-motion dream world. These images created a tangible sense of wonder and joy in the room, which then turned to intense sadness as we saw the whale-hunting boats close in and fire their harpoons – shattering the perfect picture. 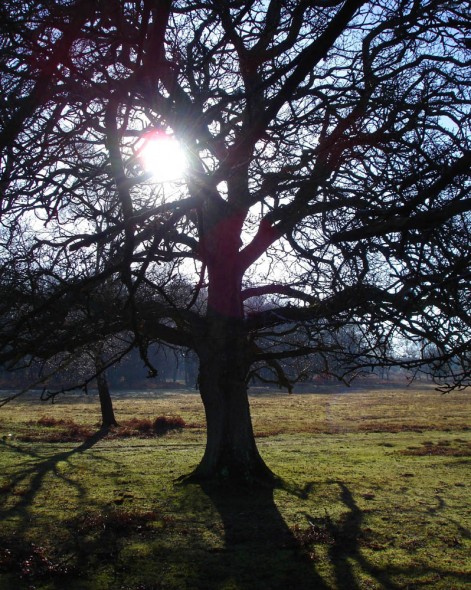 Many of the people in the DANCE group are friends of mine because we have all had some connection with a meditation retreat centre near Newton Abbot. Gaia House holds retreats where teachers offer a blend of buddhist philosophy and western psychology. I, like many others have found this approach incredibly helpful when facing the reality of climate change, species exstinction and the consequential human suffering. After watching the film we had a sharing circle where any of the 50 or so people who attended could share their response to the film. Although at first I was reluctant to stay and hear people’s emotional out-pourings, I am very glad that I did. These are incredibly difficult subjects and over the past 20 years since I began to engage with my own response to them, I have shared in many other people’s as well. I decided some time ago that rather than spending all of my energy fighting the Goliath of the capitalism and feeling hopeless, desperate and grief-stricken, I would simply endeavour to do the right thing myself, and hope to encourage others to do the same. There were a variety of responses last night, some sad, some angry, some optimistic, some full of love and appreciation, but the shared quality they all had was a vivid consciousness. By looking at the situation with eyes and heart wide open and sharing that with others we do feel the pain, but are not crippled by it. We don’t need to turn away, feeling that there’s no hope and no point. The pain we’re feeling only shows us the depth of love we feel for this planet, and it is that love we need to tap in to to keep us going.

We live in a very goal-orientated society which encourages us to believe that if there’s no hope of success there is no point in taking part. I do have hope but not in a fixed outcome. My hope is that we can all find a connection to ourselves, nature and one another which enables us to live in the way we know to be right. Not to live by rules and punish ourselves for faltering, but just to always do our best according what we feel is true. I was drawn to permaculture because it’s about positive solutions. It is about individuals and community taking responsibility for themselves and each other – a ground-up movement that bypasses the Goliath altogether. It is about preparation and resilience, but it’s not about building a bunker in the back garden. It’s sensible, rational and practical, but there is a heart to it. Anyone who is drawn to permaculture is drawn by the wish to do the right thing and improve their world.

‘Don’t put all of your energy into defeating something which is already defeating itself.’

It’s exhausting. Instead put your energy into creating something good to replace it. If we all do that, there will be nothing to replace.