Fivepenny Farm is not only a fine smallholding, it’s the nerve centre of the Peasant Evolution Producers Co-operative. Jyoti Fernandes is both the farmer of Five Penny and the main mover and shaker of the Co-operative.

Jyoti shows us some of her cheeses.

When Jyoti and her partner Dai came to Fivepenny ten years ago it was a blank sheet of 21 acres (8.4ha). They could lay it out just as they wanted. This meant they could place the house, the garden and the polytunnel right next to each other, so when the children were still little Jyoti could care for them and get a bit of farm work done too. Where they’d lived before the vegetable garden was far from the house and this made any work at all difficult with small children.
This is the permaculture principle of zoning and it makes a huge difference to your productivity, whether you have kids or not. I’ve seen the power of it on many different holdings I’ve visited over the years.
The planning authorities made them move the house after some time. (I think they just wanted show some muscle because they’d had to grant permission overall.) Now the house is midway between the garden and the cowshed, which is a good placement too. Jyoti says milking is her favourite time of day, and you can see she loves her cows. She points out the importance of the concrete floor and apron of the cowshed. It means you can scrape up the manure and make use of it elsewhere on the farm, rather than it being trodden in. She’s also built a hay barn, using timber from the wood you can see across the valley.
Jyoti’s energy is incredible. The amount of work it must have taken in the early years – bringing up children, constructing a farm from scratch, and making a living from the land all at the same time – makes you wonder how she did it. But she doesn’t look worn down by it; she looks energised and inspired, living the life she loves.

The Cooperative
The key to making a living on a smallholding like this is to sell direct to the consumer and to add value to the produce. Jyoti sells most of what she produces on her market stall in Bridport. She keeps Jacob sheep, which grow slowly and wouldn’t be considered economic by a large-scale sheep farmer, but she sells the sheepkins on her stall and they can fetch as much as £150 each. 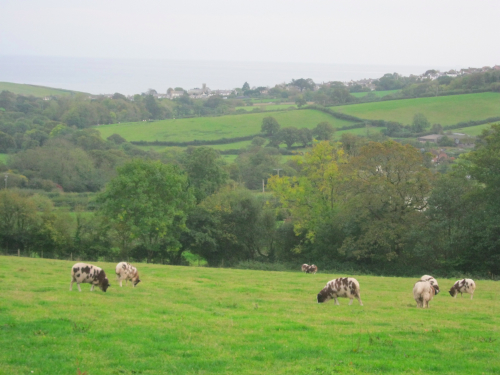 Adding value means processing, and that’s where the Cooperative comes in. Making apple juice multiplies the selling price of apples several times but in order to do it you have to have officially approved premises. So Jyoti got together with other smallholders in the area and raised the funds to build a barn on Fivepenny Farm for processing all their produce. Built by forester and green frame builder Mike Gardner, the barn is a wonder to behold. Inside it has a fruit processing room, a dairy for cheesmaking and a butchery. 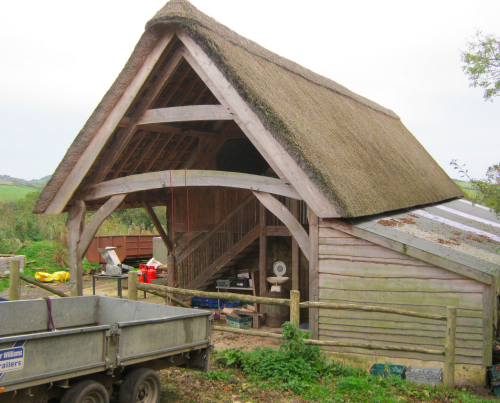 There’s a remarkable number of smallholders making a living off the land in this corner of England. Without the Cooperative and the barn at Fivepenny I’m sure there would be a lot fewer of them. 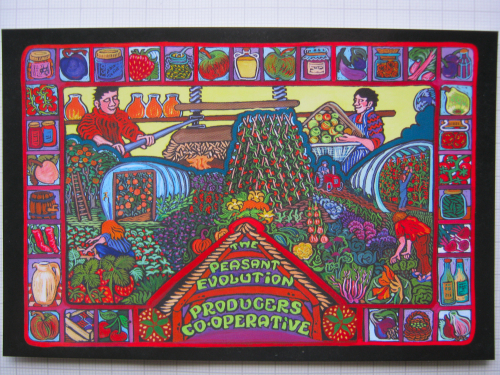